The place to show off and tell us all about your XMs (or even other cars). Should it be a big project, or just some general pics, start your thread in here.
Post Reply
4 posts • Page 1 of 1

Wanted to open my own topic and hopefully figure out how to deal with the external hosting (as our domestic forum has a direct option).

First of all let me mention that I have hard times dealing with this car - inherited it after my best friend who sadly passed away last year. Thats what brought me onto this forum in a first place. Although I am a Citroen fan from the beginning I've never had an XM before and never planned to own one (I also have an Ami 8 project and had a C6 before this car came into the game).

As said, I am talking about a 1994 XM, apparently one of the last S1.5 series that rolled out of the factory. Which on one hand is great as it is probably one of its kind in our country, and hard on the other side as noone knows exactly which parts are mounted onto it and how to service it.

I am trying my best to keep it on the roads, lots of work has been done by the previous owner, but ofc servicing an XM is a neverending story. Currently it has around 278.000 kilometers on the clock, the history of the car is fortunately well known.

Excuse my English, certainly not a native speaker

. Adding two pics for the beginning. 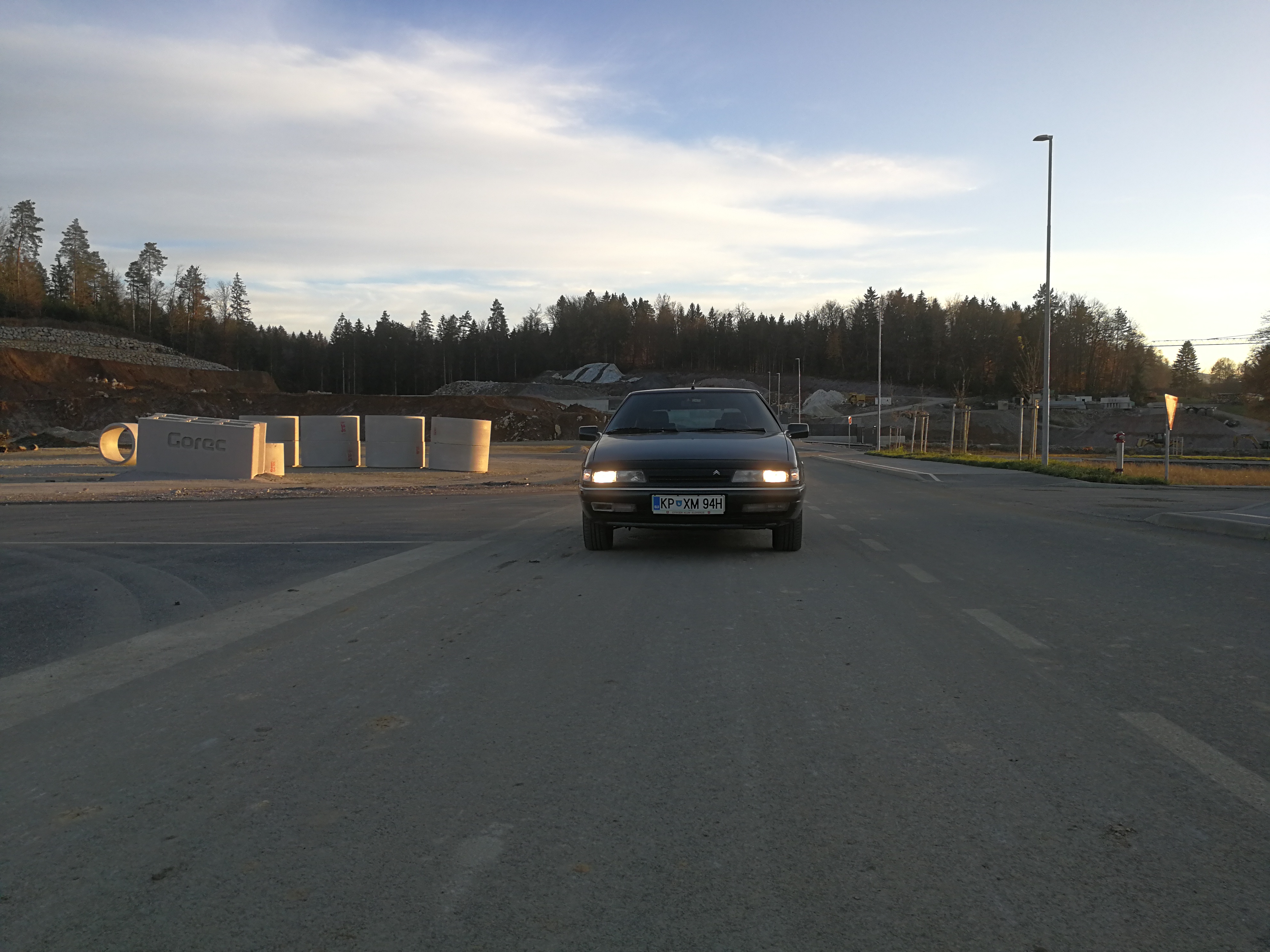 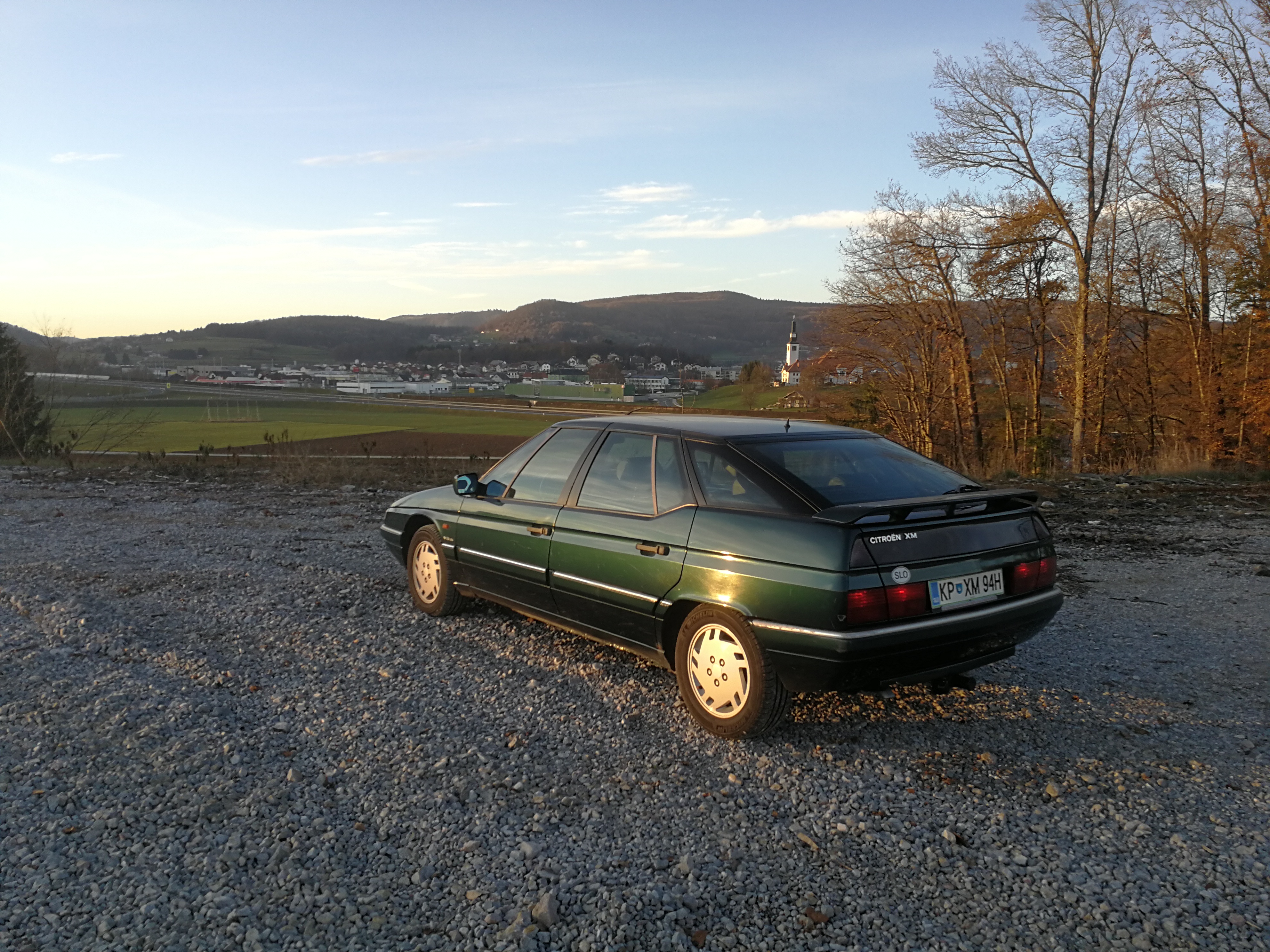 Is that a series 2 fog lamp on the R/h side?

This forum has the same direct method of adding images, it is called "Attachments".

That was one fast answer =).

For a fog lamp - It may be, I have no clue about the differences between S1 and S2 in general other than stuff that is obvious at a first glance. Just know that the one at the right side is the only one working


I also have huge problems with lockers on this car - stopped locking it as the right side door locker is the only one that still works, no central locking available also. As well I have a problem with an ignition lock itself - sometimes the contact is on without the presence of the key and I have no idea how to solve that problem or where to get the new or at least working part.

Possibly the door locks issue is down to a worn key.
The door locks can be stripped down and serviced, but be aware they are quite complicated, with several parts and a number of springs and ball bearings, etc.

The lock should spin freely if the key doesn't match; it operates by a matching key allowing the key to be pushed inwards more due to the lock releasing the inner barrel section, which has a pair of dogs that engage with the 2nd inner section, so move the actuator.

To remove from the door, open the door and look for a 10mm rubber bung, prise out the bung and there is a small grub screw.
Loosen the grub screw (no need to fully remove), then using a plastic pry bar, lift the lock from the door skin.

Find a clear, flat surface to work on.
On the outer barrel you will see a small roll pin.
Push out the roll pin and the inner barrel can be slid out and dismantled.

Make careful note of where all the ball bearings and springs go.
The actual lever pins and springs can be removed after unclipping the stainless steel retainers.
Be very careful to keep the correct order, otherwise the key won't match.
There are five levers on one plane, four on the other, with each pin being one of four combinations.
It is possible to match a lock to a key by observing the key pattern and pin combination, as long as you have sufficient pins.

On re-assembly, the circular, centering spring, needs to be wound tightly inside the end of the barrel, before the inner barrel is inserted into the outer barrel.

The lock can only go back together one way.

If all else fails, obtain a complete Xm lock and key set from a parts car.

For the Ign switch it sounds like it has metal contamination in the grease due to worn contacts. You might be able to strip it down and clean it out.
Another thought is that the Ign power feed could be receiving power from another circuit when the Ign switch is off.
For example, if an incorrect brake lamp bulb is installed, when the sidelights are on and the brake pressed, the Ign power circuit could receive power from the lights circuit, which is always live.
Make a mental note of when the ign fails to switch off and what other devices, if any, are switched on, or whether it really is the Ign switch at fault. Try wiggling the key to see if that causes a change.
92 2.1SED M.RP5740 ECZ Sable Phenicien
92 3.0 V6-24.Rp 5713 EXY Black
92 2.1SD M.RP 5685 ENT Blue Sideral
Prev
90 2.1SD M.RP 5049 EJV Mandarin
92 2.1SD A.RP 5698 EJV Mandarin
94 2.1SD A.RP 6218 ERT Triton Green
91 2.0SI M.RP 5187 EWT White
Top
Post Reply
4 posts • Page 1 of 1