The place to show off and tell us all about your XMs (or even other cars). Should it be a big project, or just some general pics, start your thread in here.
Post Reply
894 posts

Steering rack boots have been causing big headaches for another 2.0i owner. Who has it been able to get a Y to stay put on his rack. I'm not sure what he has done to solve it. It's Rob Draper he is a member on here cxprestegeauto I think is his username.

I had problems with boots and rack on the 2.1td auto S2 2 years ago. In the end as the engine and box was out I simply swapped the rack for another one with good boots but also the pas ram Bush was worn away too..
Projects:(eventually if theres any bodywork left)
92 L Xm 2.1t D auto project
Others
In use.. 1995 M reg S2 2.1td auto exclusive
Top


Problem with that is that the engine is seized, locked solid, so therefore the suspension can't raise in order to get the car over the lip at the entrance to the yard. I need to remove the car as the land owner has stated I can't change the engine where it is. So block the rear suspension, skates under the front wheels, remove the front bumper and hope there's enough clearance to get it onto the transporter.

Are the cv boots on the steering rack readily available?

Why is the engine seized?

You know how to raise and prop the rear end, in the subframe tube.
For the front jack the car to maximum height and thread 22x2x1" over the wheel and down onto the anti-roll bar, then lower the car to trap it under the strut top.
Steering is maintained and they will stay there until you jack the car up again.

I think it goes back to when I dropped the sump to find the thick. congealed oil. I removed and cleaned the filter but not the oil pump. If that turns out to be the case then it's my own stupid fault. I'll find out when I strip the engine down.


wrote:For the front jack the car to maximum height and thread 22x2x1" over the wheel and down onto the anti-roll bar, then lower the car to trap it under the strut top.

No I didn't know that, thanks.


wrote:Steering rack Boots. Genuine Citroen are best, but Sasic seem to be as good.

I thought you wanted steering rack gaiters, that listing is for a CV boot, which are for the Constant Velocity joints in the driveshafts. 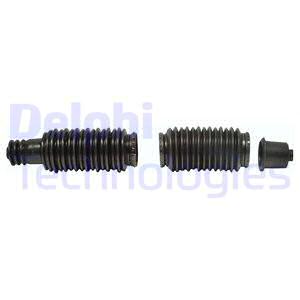 The longer one is drivers side, the two part one is passenger side. They are three different part numbers.

I used to remove the engine and box out the top until having to do it on a more modern car where it can only come out from below. That was the plan here, to remove engine, box, driveshafts, hubs, struts and subframe all in one go. Morning's work! Yeah, right!

Stripped everything from the engine itself with ease as most of it had been replaced over time but one connector on the regulator refuses. Left it with plenty of releasing fluid and hopefully a bit of heat and mould grips or Stilsons will get it. The exhaust bolts are just spinning away merrily and the steering rack and height corrector connectors are solid to the point where, if I continue, they'll round.

So plan b, to take it out the top, leads me to the hubs

All bolts seized bar the one holding strut to hub. Caliper seized, nut holding the sensor onto the hub seized, not only the ball joints and track rod end nuts seized but, when eventually removed, the ball joints and track rod ends wouldn't separate even with some serious belting with a 4lb hammer. It took me two days to remove the hubs, a job that should take two hours! Then, to cap it all off, whilst the ns driveshaft came out with ease the os plain refused, leading to me separating it at the knuckle and dealing with the rest when the engine's out, hopefully this week.

And one last point of joy, remember the fun and games I had with the gear linkages, constantly having to fit them back on? Well the brand new ones I eventually found are fitted so well I can't get the damn things off.

Love sarcasm when it's done right.